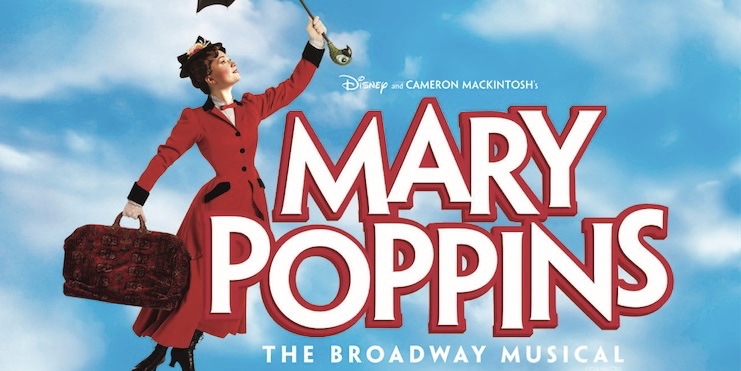 For the first time ever Mary Poppins is coming to Italy. One of the most popular Disney movies of all time is capturing hearts in a whole new way: as a practically perfect musical! Based on the books by P.L. Travers and the classic Walt Disney film, this musical has already delighted audiences around the world and thanks to the work of an amazing creative team, has been translated and adapted for an Italian speaking audience.

Mary Poppins is the story of the Banks family who live in a big house in London on Cherry Lane. Things are not going well for the family, the children, Jane and Michael, are out of control and are in need of a new nanny. Jane and Michael have their own ideas about what sort of caretaker they should have, while their parents—and in particular Mr. Banks—are insistent on someone strict for the job. When a mysterious young woman named Mary Poppins appears at their doorstep, the family finds that she’s the answer to their prayers, but in the most peculiar way. Mary Poppins takes the children on many magical and memorable adventures, but Jane and Michael aren’t the only ones she has a profound effect upon. Even grown-ups can learn a lesson or two from the nanny who advises that “anything can happen if you let it.”

If you like the movie, you’ll love the show. It features all the classic songs (“A Spoonful of Sugar,” “Chim Chim Cher-ee” and “Supercalifragilisticexpialidocious” to name a few) plus some catchy new tunes. With elaborate sets, eye-popping light displays and show-stopping numbers, this Disney-rific production will transport you to the Banks’ household on Cherry Lane as well as the rooftops of London.

Ticketes can be purchased on-line at www.ticketone.com and www.vivaticket.it or directly from the Teatro Nazionale ticket office.